Various types of opiates exist including those that are directly derived from the poppy plant such as heroin and opium and those that are synthesized to mimic the opiate which are called opioids.  In many cases, the term opiate and opioid is used interchangeably to dictate the same type of drug but there is a slight difference between the two. 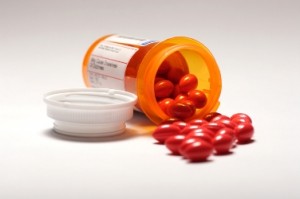 Many prescription painkillers are opiates.

Opioids is the term used to describe synthetic variations of drugs that mimic opiates.  These include many prescription pain medications such as Oxycontin, Oxycodone, Percocet, Percodan, Vicodin, Lortab, Codeine and Hydrocodone.  In many medical settings, although not technically correct, the term opioids is commonly used to describe both the natural and synthetic versions of opiate based drugs.

Sometimes, when opiate overdose is an issue, an opiate antagonist medication will be used to effectively reverse or stop the effects that the opiates or opioid has on the central nervous system.  Opiate antagonists are like an antidote to opiates and can stop the very dangerous symptoms of opiate overdose such as labored breathing or other respiratory problems that take effect when too much of an opiate is administered and affects the central nervous system.  Two of the most common opiate antagonists include Narcan and Naloxone.  Many police officers and paramedics carry Naloxone with them to stop opiate overdose symptoms if they do encounter an individual suffering from these symptoms.