Opiates are powerful sedative drugs that block pain. Opiates are both natural and manmade drugs that derive from the opium that is produced by the poppy plant. Natural opiates include morphine and codeine, which are a major help in reducing pain in the medical field. Other opiates include heroin, which is a manmade drug that contains morphine, and prescription painkillers that mimic the effects of morphine and codeine. 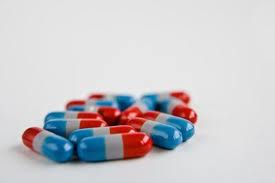 Opiates have a number of unwanted side effects that should be noted.

Opiates main purpose is to stop pain, but by doing this they will cause a person to feel highly sedated. People abuse opiates to feel the euphoria that high dosages of the drug can create, but opiate abuse can lead to overdose, which can lead to death.

According to the Institute for Substance Abuse Treatment Evaluation, opiates affect the brain by attaching to proteins called opioid receptors. These proteins are also found in the spinal cord and in the gastrointestinal tract. When opiates attach themselves to the opioid receptors they block the transmission of pain messages to the brain, therefore leaving a person feeling pain free. Opiates bring euphoria to a person by affecting the brain regions that produce the sense of pleasure.

Opiate abuse may be fun for a person at first but opiates are highly addictive drugs that will cause a person to form a dependency to them if the person continues to use the drug. Opiate addiction affects millions of Americans every year, and every year nearly two million people abuse opiates voluntarily for the first time.

Although some people may find the effects of opiate abuse pleasurable, others do not have a good experience with opiates, and every person who takes opiates will experience some type of side effect from the drug. Two of the most common side effects from opiate use are nausea and constipation.

Other common side effects from opiates, according to the US Library of Medicine and National Institutes of Health, include dizziness, vomiting, physical dependence, tolerance, and respiratory depression. Other less common side effects include an imbalance in hormones, delayed gastric emptying, increased sensitivity to pain, and uncontrollable muscle jerking.

Since opiates are very strong painkillers that impair a person’s brain chemicals and neurotransmitters, some people end up taking too much of the drug for their body to handle, and when this occurs a person will need to get immediate medical attention. However, if a person is alone, they may not receive the help they need being that they may be unconscious due to the effects of the drug. If a person overdoses on opiates and does not receive help they could end up in a coma or the overdose could be fatal.