5 Things you Didn’t Know About Opiates 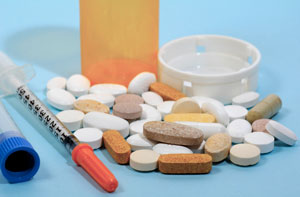 Opiate drugs are widely prescribed in the US.

Opioids are the most prescribed medications in America and most people who are addicted to opioids get them straight from their doctor or family and friends. Just when we think we know all there is know about opioids and opioid addictions, new opioid drugs are making their way into the market, children are now targeted addicts, and the drugs we use to treat opioid addictions are perpetuating more addictions.

So, what else will we realize as the problem continues to grow? In case you haven’t been keeping track, here are 5 things you didn’t know about opiates:

1.) Methadone is involved in 1 out of 3 opioid pain reliever (OPR) related overdose deaths.

Increases in methadone prescriptions for pain account for a small percentage of OPR’s disbursed and the proportion differences are alarming. Therapeutic use for chronic pain is widely encouraged, but, methadone is a long lasting opioid and should not be used on an as-needed basis, or for breakthrough pain relief`. The U.S requires methadone prescribers to be specially licensed to distribute methadone for opioid addiction treatment, but, it is much easier to get a prescription of methadone for pain.

2.) Doctors are prescribing opioids to children for headaches in primary care offices.

According to an article in the Journal of American Medical Association (JAMA),”46% of 8,373 adolescents received an opioid prescription for headache and of those 48% were given another opioid prescription within 12 months and 29% received 3 more prescriptions. The article also states that teens who received opioids for headache were likely to have 5 or more office visits during the follow-up period than those who went to the ED and received no opioids. We know that children receive opioid for serious pain, but, headaches?

3.) One of every four 18-25 year olds will abuse prescription pain killers at some time in their life.

During 2009, adolescents and young adults received 11.7 percent of the 202 million opioid prescriptions in the United States during 2009. These young Americans are highly vulnerable and need support not prescriptions.

4.) Heroin overdoses are increasing as more people turn from prescription opiates to heroin to save money and get a more intense high.

Sometimes, they get a “hot spot” within the same bag of heroin they have already dosed from. Although the first dose was safe, the hot spot is a pocket of powder containing a higher concentration and there is no way of knowing this until it is used.

5.) Opiate withdrawals get worse every time they occur.