About Opiate Dependency and Withdrawal

Opiates are some of the most addictive drugs and are the top drug addiction that people get help for. People addicted to opiates such as morphine, heroin, or prescription painkillers, usually need help when they decide to stop using due to the intense withdrawal symptoms that occur from the detox. 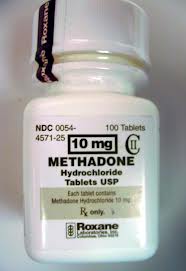 Medications like methadone and Suboxone help limit the symptoms of withdrawal.

When a person becomes addicted to opiates, they will have an uncontrollable compulsion to continually use the drug, and as they continue to use the drug their body will develop a dependency on the drug. This means that if a person stops using the drug or does not have enough of the drug in their system their body will begin to go through withdrawal.

According to the US National Library of Medicine and National Institutes of Health, opiates have a high likelihood of causing physical dependence. This means that a person using will rely on the drug to stop symptoms of withdrawal from occurring. As time continues, the user will need greater amounts of the drug to produce the same effect.

The physical withdrawal symptoms for opiates usually last about a week’s time, but they can last longer if a person has been abusing opiates for long periods of time. A person will also have psychological withdrawals from the drug that can last for much longer periods of time, even up to years after a person stops using.

Preventing withdrawal from opiates is not a possible task if a person has become dependent on the drug, but decreasing and limiting the withdrawal symptoms can be accomplished with specific medications.

When it comes to the psychological withdrawal symptoms a psychiatrist can prescribe a number of medications to help ease the withdrawals. Other than medication, the only other way to prevent opiate withdrawals is for a person to get help for their opiate addiction before they become dependent on the drug.