Recognizing and Remedying an Opioid Dependence

To recognize an opioid addiction you must first know the difference between addiction and physical dependence. People are often prescribed pain medication by their doctors for management of severe or chronic long term pain. It is one of the number one reasons people go to see a physician. Chronic pain from injuries, arthritis, nerve pain and pain caused from other illnesses can be debilitating.

When medication is used to control pain, a person is less likely to become addicted to the drug. The medication is necessary for them to function and live somewhat normal lives. However, when prescribed opioids to control pain, some people can become addicted due to the intoxicating high it provides when injected or taken orally in high doses. They are also powerful anxiety relievers. 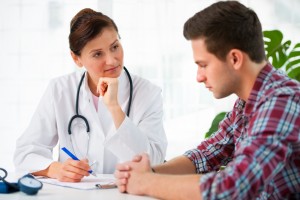 Your doctor can help you decide on a taper schedule.

Drug abuse, including the abuse of opioids, is the intentional use of a medicine beyond a doctor’s prescription. In the case of opiates, the intention is generally to get high or to relieve anxiety. Dependence can occur when the body develops tolerance to the drug, meaning higher doses are needed for the same effect.

If you think you or a loved one might have an opioid addiction there are signs that can help you to determine if there might be a problem.

Signs and Symptoms of Opioid Abuse

Drug abuse changes the way the brain works and causes compulsive behavior in finding and using the drug despite negative consequences it may have on the person’s life. Drug treatment must address the changes in the brain in both the interim and the long term. Initially when a person stops using opiates they have withdrawal symptoms which can be mild to severe and sometimes even life threatening. Medical detoxification can lessen withdrawal symptoms which can be so unpleasant that an addict will often use drugs again just to feel “normal” and can give a better chance of sustained recovery.

According to NIDA at www.drugabuse.gov medications developed to treat opioid addiction work through the same receptors as the addictive drug, but are safer and less likely to produce the harmful behaviors that characterize addiction. Effective medications include Methadone, Buprenorphine, Suboxone & Naltrexone.

About 12–21 million people worldwide abuse opioids, with 1.9 million people in the U.S. addicted to prescription opioid pain relievers in 2010 and 359,000 addicted to heroin. Repercussions of this abuse have been devastating and are on the rise. Unintentional overdose deaths from prescription pain relievers has soared in the U.S., quadrupling since 1999.